's APIs provides a convenient way to connect and import block explorer information for developers to use in your own apps and services 💻 .

Having technical knowledge is not a requirement for using APIs however, and non-developers 🙌 can make use of the available endpoints to build your own dashboards and statistics by importing API data to Google Sheets 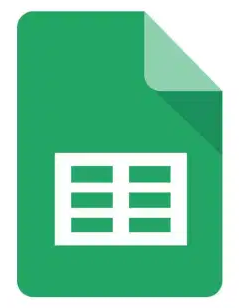 In a new Google Sheets document, head over to Extensions > Apps Script.

Paste the source code into the script editor, optionally you can rename the file to ImportJSON.gs.

Add a new Sheet from the small "+" icon at the bottom left and name it AutoRefresh.

Back to Google Apps Script, create a new file and name it AutoRefresh.gs. Paste in this following code.

The idea of this script is to generate a random number to the AutoRefresh sheet, which is then appended to the end of the ImportJSON request. Google Sheets only performs a new request if it detects that a formula has changed.

With the script in place, we can run this function every minute by going to ⏰ Triggers > Add Trigger at the left panel.

Select the function as AutoRefresh, event source as Time Driven, time based trigger to Minutes Timer and minute interval to Every Minute.

Once you have added both scripts, go back to Sheet1 and start making API endpoint calls with the following syntax in cell A1.

The query above will return the following response, and refreshes auto-magically ✨ every minute!

Extending and Building a Dashboard

While the above was a straightforward method to call an API endpoint and output the response into a Google Sheet, it could use further optimizing and data formatting.

Checkout some prepared dashboard examples we have, simply duplicate this by going to File > Make a copy and go about customizing this to your taste!